I finally got a chance to see Lars von Trier’s much talked about epic boning saga of a woman who is recounting her entire sexual life to a complete stranger who found her bruised up and unconscious on the street.  In an effort to make myself seem less pervy, I didn’t watch the director’s cut, which apparently features real sex and visible dongs going in and out of some strange.  But this version still had plenty of rubber dicks and boobies.  BUT IT’S A REAL FILM!  UMA THURMAN IS IN IT!  DON’T JUDGE ME!

END_OF_DOCUMENT_TOKEN_TO_BE_REPLACED 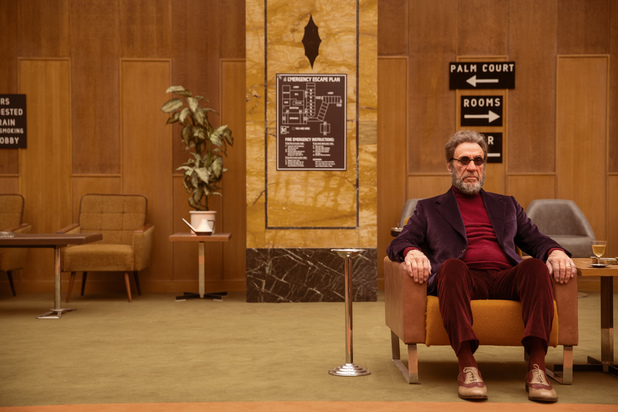 Premise:  Told through an almost Inception-like layering of voice over narration, a teenage girl reads a book narrated by an older writer who recounts his younger self narrating a story that was originally narrated by an older version of a lobby boy who worked with a world-famous hotel concierge when he was younger.  The actors involved in that sentence were Tom Wilkinson, Jude Law, F. Murray Abraham, and Ralph Fiennes; in that order.  It’s also the newest Wes Anderson movie, so expect plenty of dry humor, center alignment, and consistent fonts.  And as expected, people still write each other hand-written notes in playfully whimsical cursive lettering.

END_OF_DOCUMENT_TOKEN_TO_BE_REPLACED

Premise:  Aaron Paul stars as Chase Racerman (Ok, I forgot the character’s actual name), a mechanic who is also like the BEST driver EVER.  He gets framed for manslaughter by Derek Evildriver (also forgot character name), and when he gets out of prison, he immediately hits the road to try to get to a race which is the most important race EVER, against Derek Evildriver, with the actual stakes of the race being something they either never mentioned or was said so quietly that I didn’t hear it.  But he has to get from New York to California in 45 hours, so as the title proclaims, there is most certainly a *need* for *speed*.  It’s a cross-country road trip movie where Chase Racerman is able to avoid getting arrested in every single state somehow, probably because he is like the BEST driver EVER.  Sure, the movie has a bunch of flaws, but considering that it’s based off a game by Electronic Arts, that was to be expected (high fives a row of video game nerds).

END_OF_DOCUMENT_TOKEN_TO_BE_REPLACED

I confess…  I’m kind of obsessed with juggalo culture.  Now, wait a second!  I didn’t say I was a juggalo myself!  I just will stop whatever I’m doing and watch anything remotely revealing about America’s favorite ninjas.  If you are unfamiliar with the bunch, juggalos are fans of Insane Clown Posse, a clown-rap (?) group that is often richly soaked with family values and profanity laden death threats.  Their followers, the juggalos (or if you’re a lady, juggalette), are a perfect mixture of naive logic, white trash sensibility, intense kinship, and remarkable consistency to make poor life choices.  I enjoy observing juggalos almost as nature footage, because their basis of humanity is so starkly different from mine that they almost seem like a different species.

END_OF_DOCUMENT_TOKEN_TO_BE_REPLACED

Premise:  The prequel that no one really asked for, 300: Rise of an Empire is about the naval battles that preceded the events of the original film.  It now focuses on a general of an Athenian army and his conflict with the Persian lady admiral who is Xerxes’ second-in-command.  It has all the violence, boobs, and slow motion we remember from the first one.

END_OF_DOCUMENT_TOKEN_TO_BE_REPLACED

Premise:  Liam Neeson is an air marshal, and also an alcoholic, who has a daughter, and is tired of doing his job.  All of this is revealed in the first 45 seconds of the movie; as he sits in his car, takes a swig of whiskey, touches a picture of his daughter, and acts morose about going into work.  *That’s* how you character develop shit, son!  Anyway, someone from aboard the international overnight flight accesses Neeson’s restricted cell phone line, and starts texting him threats that one person on the plane will die every twenty minutes until he delivers $150 million to a bank account.  This is followed by NON-STOP UH-OHS.