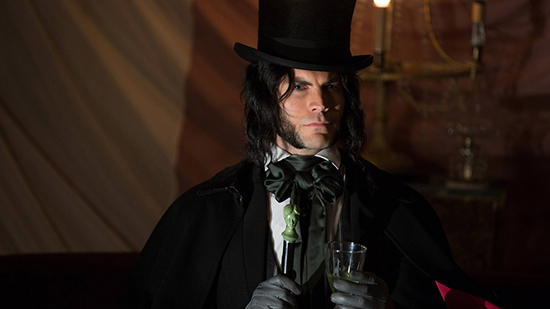 I just finished watching American Horror Story: Freak Show, which was my first foray into any American Horror Story season.  It was, uh, interesting…?   Maybe?  To be honest, it was kind of a meandering, bloated, plotless series that introduced new characters every two episodes without ever having a truly fluid storyline.  It seemed like nonsensical visual rambling.  Yeah, some of those visuals were neat, some of the episodes were OK, but (finally tying it to this post) there were times when I wanted to stop watching the season altogether and just call it quits.  For whatever reason I didn’t in this case, and saw the 14 episodes through to the end.  But it certainly was a test of patience.

So that got me thinking about what TV shows I actually *have* quit on…  But I’m not to referring to shows where I just watched a couple of episodes and said it wasn’t for me *cough* FIREFLY *coughcough*, I mean shows where I watched it for a couple of seasons, and for whatever reason ended up calling it quits.  And then I’ll try to explore what went wrong… 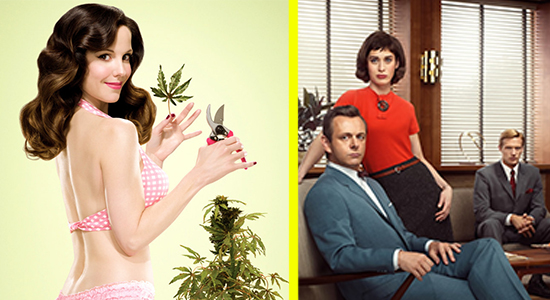 Honorable Mention One Season Stints: WEEDS and MASTERS OF SEX

I watched the first seasons of both of these shows and enjoyed them both, and truthfully, I would like to continue watching them some day (that’s why I think they only count as an honorable mention).  For Weeds, I came into possession of the first season DVD set (I can’t remember how), and liked it a bunch, but then I didn’t have access to any of the other seasons on DVD, so I just kind of stopped remembering it existed.  As for Masters of Sex, I kind of just forgot to DVR the second season, and was too lazy to watch them OnDemand.  I will fully admit laziness on my efforts to continue both of these shows. 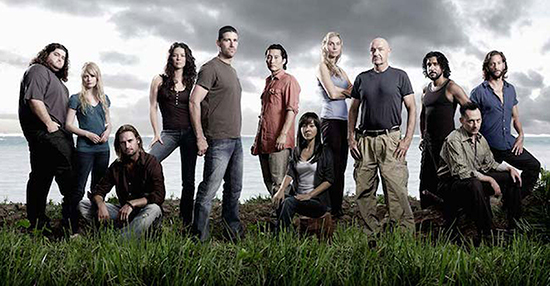 Ruined By a Binge Watch:  LOST

My fiance and I started watching Lost on Amazon Prime a couple of years ago, and we were lovin’ it!  We were watching them at a steady pace for a while, and got to season three, and then my intense lack of awareness kicked in and I kind of forced us to watch the last 10 episodes of season 3 all in one day.  Then the next day, completely oblivious to how I had wasted the previous day, I was like “Let’s start season 4!”  And my fiance was more like “Let’s go do something else today.”  And I was like, “Ok, whatever!”  And we stopped watching Lost for a few days.  Then a few weeks.  Then a few months.  Then a few years.  We still haven’t started season 4.  I burnt us out on it, and now I can’t even remember what happened on the show if I were to pick it up again. 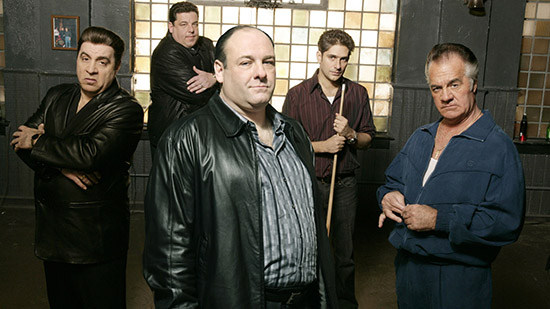 Forgotten in the Move:  THE SOPRANOS

I was pretty steadily watching The Sopranos for the first time at the end of the 2013 and beginning of 2014, and I got somewhere in the middle of the 5th season.  Then I started a several month-long process of moving, which really slowed things down (in terms of TV), and by the time I had gotten settled in at the new place I probably hadn’t watched a Sopranos episode in a month or two.  Then I forgot I was even watching it altogether, and now I currently don’t even remember what episode in season 5 I left off at…  But I’ll finish it one day!  (maybe) 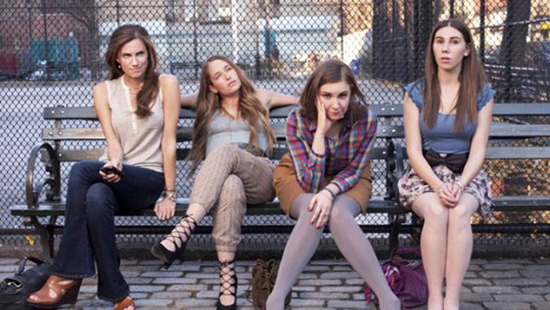 I Can Hate-Watch No Longer:  GIRLS

I actually liked the first season of Girls.  It was different, it had some signs of promise, but all of the characters were really annoying.  I was hoping, maybe, that they’d develop into something better?  Then I watched season 2, and the characters only got more annoying, borderlining on insufferable.  Then the season 2 finale happened and I realized that Hannah probably wasn’t ever going to get comeuppance for any of her stupid actions, and I started the process of hate watching it.  Season 3 was a pure hate watch.  I wasn’t even enjoying myself at this point.  I was hate watching a show that none of my friends were even hate watching, so I couldn’t even talk about how much I hated it with anyone.  After the season 3 finale, I just quietly decided to never watch another Girls episode again.  Nowadays, I see promos for season 4, and I don’t feel like I’m missing much in my life by not continuing with it. 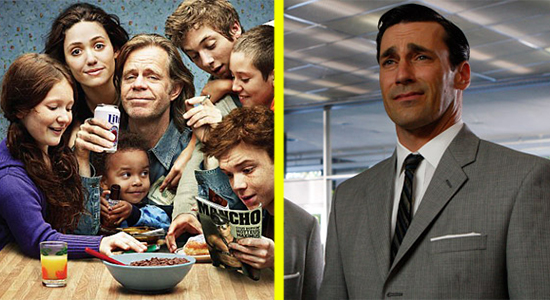 This is Getting Way Too Repetitive:  SHAMELESS and MAD MEN

In the cases of both Shameless (U.S. version) and Mad Men, I watched I *think* about two and a half seasons each.  I can’t remember if I dipped into the third season of Mad Men.  But they just started to lose appeal to me when the same stuff was happening in every episode.  Every storyline was just kind of a little too similar to me.  Also, I don’t think I liked the overall pacing of either show.  They were both captivating at first, but I got bored with them.  People have told me that Mad Men actually got WAY better *right* after I stopped watching.  I’m sure it did, and I’ll take your word on it, but I probably won’t go back and finish it. 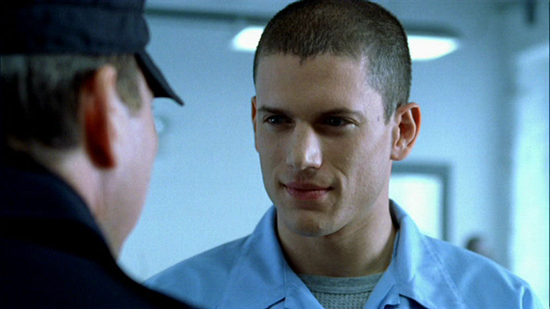 I will stand behind the statement that the first two seasons of Prison Break were actually really “good” trashy action TV.  They were damn entertaining seasons.  I know that the entire thing was, at its core, really stupid; but at least it wasn’t boring.  Then in season 3 they get put in a Mexican prison or something and now have to break out of THAT, and I kind of gave up somewhere in the middle of that season.  The show just kept getting crazier and crazier to the point where it just felt like a TV equivalent of tossing random paint on a canvas from five feet away and seeing what shines through.  I have no idea what happened in season 4, and I don’t even care to read Wikipedia to find out. 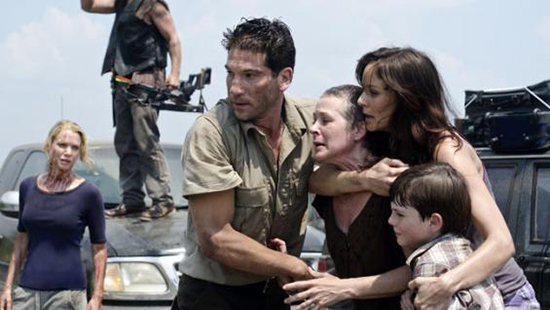 Back From the Grave:  THE WALKING DEAD

This one may or may not count.  I watched the first season and, ya know, kind of enjoyed it.  Then I started watching the second season, and it was going NOWHERE.  Definitely gave up on season 2 halfway through, and deemed the show as stupid.  Then everyone was getting all hyped up for how great season three was going to be, and my cousin started hosting viewing parties that I went to, and I got back into it.  Now I still watch new episodes and am back on track.  But I definitely abandoned season 2 and haven’t looked back at it.  I’ve heard there was a barn and that a major character dies, but I have no real desire to actually watch what I missed. 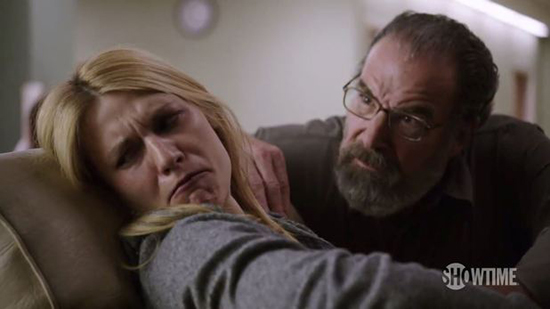 Let’s Be Honest, This Show Was Never Really All That Good:  HOMELAND

C’mon…  Admit it…  This show kind of sucks.  It had an intriguing initial premise, and the season 1 finale was legitimately great and suspenseful, I’ll admit that.  But then season two began to lose my interest, Carrie started to become more annoying, and they started injecting storylines that were totally unnecessary.  Once season three came about, and I was watching episodes that were 40% about Brody’s daughter who, mind you, is the unrelated-to-the-actual-plot daughter of a guy who was barely featured in season three; I began to put episodes on in the background and watch them inattentively as I did other things.  I would look over every minute or so to see if something interesting started to happen, and it didn’t.  What a dumb show.  I quit after very passively watching season 3. 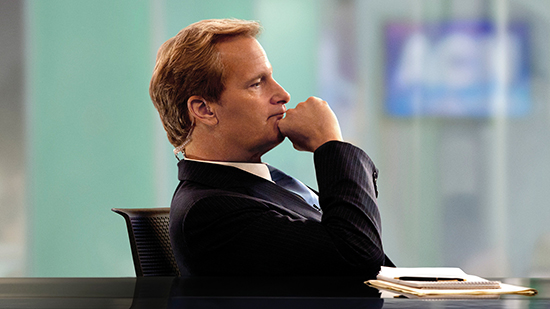 Stopped Right Before the Finish Line:  THE NEWSROOM

Haha, this one actually kind of makes me laugh.  The Newsroom was at its best, somewhat interesting; and at its worst, smugly boring.  But I watched almost the entire series of unrealistic Aaron Sorkin fast talking and revenge-fantasy-esk news reporting on events that already happened, and I got to the point where there were two episodes left of the *entire* series (season 3) on my DVR, and I kind of just didn’t watch those last two episodes.  I kept looking at them on my DVR, and I kept debating in my head if I wanted to commit the two hours of my life to finishing it, and I just never wanted to.  Eventually, I deleted them.  And you know what, I still don’t really have a huge desire to even know what happened in those last two episodes.  I just don’t care.  But I do find it a little funny to watch 23 episodes of a 25 episode show, and have no remorse about walking away from it. 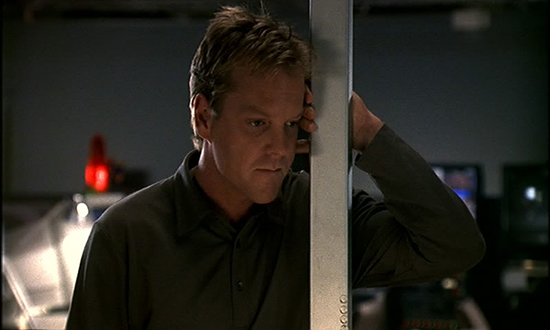 I watched and LOVED the first two seasons of 24.  I remember watching them as they originally aired for the first time, and talking to people about how cool this gimmicky show was, and how the story was great and everything, and NO ONE else I knew watched it or knew what I was talking about.  So I was like “WHATEVER” and kind of didn’t bother watching it after season 2.  But once season 3 came out, and everyone started to lose their minds over 24, and my parents were going to 24 viewing parties, and Jack Bauer became a national treasure; I had already stopped watching.  Where were you people when I was watching it?!?  HUH?!  You all caught up with the first two seasons on DVD, and you all became obsessed with it, and I’m super bitter that I didn’t continue on with it.  Now I’m stubborn and refuse to watch the rest on principle.  So, there!  I’m punishing myself for no reason!  Ha!  In your face, Scott! 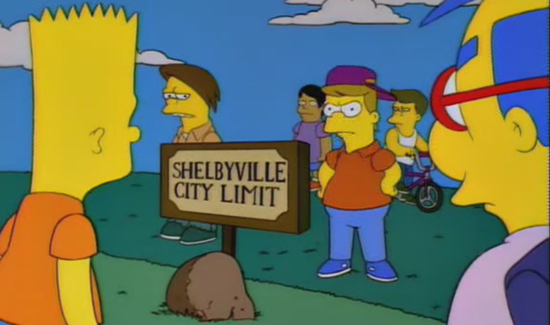 The Ultimate Cromulent Abandonment:  THE SIMPSONS

I’m a Simpsons purist, and proud of it.  Seasons 2-8 are the golden years for me, with 9-12 still being good-to-tolerable.  Once you start to hit season 13 episodes, you begin to notice A LOT of duds.  The good writers began to leave, and the new writers had different comedy sensibilities.  I stopped watching them on their original air dates somewhere around season 15, because (upon looking them up) there are some season 16 episodes I have never heard of.  A lot of people say “You’re not a true Simpsons fan if you don’t keep watching” or “The show has evolved, it’s funny in a different way now, LOL”, and to them I give a giant Edna Krabappel “HAAA!”.  I will give them credit, the show has certainly evolved.  Evolved from something that was the greatest, most quotable TV show of all time, into a mediocre cartoon that’s grasping at straws.  So it’s more of a devolving, actually.  Every so often I catch a new Simpsons episode on a Sunday, and I try to watch it without cynicism.  I’ll admit, they *can* still get a few chuckles out of me, but it is undeniably nowhere near as smart and witty and quotable as it used to be.  It’s not the same show.  And you should trust me on this…  I’m a white male, age 18-49; everyone listens to me, no matter how dumb my suggestions are.