This review is Spoiler Free.

I first started playing The Walking Dead this past September after hearing critics and fans praise the game’s story driven qualities.   I was definitely interested, but at the same time, buying into an episodic title still felt a little off to me.  For some reason, I felt that it was something like a cash grab and that I’d be hit with a middling quality, all because each episode was $4.99.  Do yourself a favor and get over any qualms you have. END_OF_DOCUMENT_TOKEN_TO_BE_REPLACED 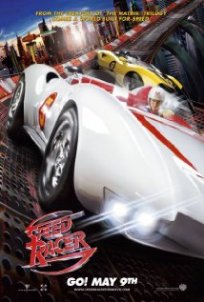 A lot of people growing up watched Speed Racer on TV.  I was not one of those people, thus I have no prior fond feelings of this franchise.  The film version was released back in 2008 and was a complete box office bust.  Even after international box office results and DVD/Blu Ray sales, the movie didn’t make back it’s $120 Million budget.  Not only wasn’t it profitable, but it also scored very poorly with critics (38% on Rotten Tomatoes).  Most critics faulting it for being too simple and lacking substance.

As a couple years have gone by, the film started to gain a cult following.  Blogs and Forums I read praise the film for it’s amazing visuals, straight-to-the-point plot, and great overall package.  Time Magazine even named it one of the top Sports Movies of all time.  After reading this cult(hipster)-hype, hearing from a couple of friends that it was good, and finding it on Amazon (Blu-Ray) for $8 bucks, I decided to give it a go.

I can officially now tell you that Speed Racer was unexpectedly one of the most enjoyable movies I’ve seen in the last 12 years.  Starting with the Visuals, the cinematography was incredibly interesting.  Everything kind of looked like it was on a flat cartoon panel, but using live footage and CG.  The race sequences were out of this world.  More specifically, it was like I was watching a combination of the Star Wars Episode I Podrace + F-Zero.  The colors and art style popped as if I was watching a 3D movie.  Complete visual feast.  All in all, the movie’s stunning visuals helped it really feel like a fully realized world.  While I knew it was absolutely fake, the attention to detail and crispness of the graphics made me feel fully immersed.  It wasn’t like (sorry for SW reference #2) Star Wars Episode II and III where everything looked pasted on a green screen.  The art style of the backgrounds, bright colors, and “cartoon panel” effect made it all look so convincing.

As for the plot, writing, and acting, they were a pleasant surprise.  All the actors didn’t take themselves too seriously, but acted well enough to add weight to the characters.  You know how Transformers 2 & 3 had no sense of character or human emotion?  Speed Racer did it opposite.  I went into the movie expecting amazing visuals and race sequences, but the dialogue and acting were strong enough to make me care about the outcome of the movie.  The plot wasn’t bad at all either.  Completely satisfactory, even with a few little twists in there that added to the package.

A couple other things that were solid included the great soundtrack (Michael Giacchino) and surprisingly entertaining fight sequences.  I think the main reason this movie bombed is the fact that it was kind of made for a niche audience.  It’s much too dark to be a kids movie.  It’s source material and marketing made it look too goofy for the Adult/Teen audience.  In the end, it’s a movie for fans of the original series, gamers, CGI Buffs, and anime fans.  Similar to Scott Pilgrim (which Speed Racer is better than), it failed to hit a broad enough audience to be a success, but it was still a pretty good movie.

The key to this film is that it tried and succeeded in being different.  Take all the Marvel movies of late (Captain America, Incredible Hulk, Thor, Iron Man 2); they safely made movies based on those franchises.  They didn’t try anything crazy, they just made something satisfactory.  Speed Racer took the essence of the source material, but took a risk and made something fantastic, action packed, and worth a watch.  It’s a lot of fun and is a feast for the eyes.

I’m not exactly a huge comic book nerd, but in the last 4-ish years, I’ve read my fair share.  There are a lot of bloated, pointless events used for marketing  (Civil War, Flashpoint, Fear Itself) and lackluster main books (Detective Comics and Superman), but the one book that I could always count on for a great read was “Ultimate Spider-Man” by Brian Michael Bendis. END_OF_DOCUMENT_TOKEN_TO_BE_REPLACED