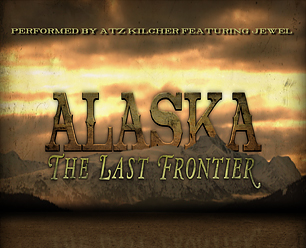 Alaska: The Last Frontier is not exactly new as it started last year, however it is probably my favorite true reality show on TV right now. It follows the Kilcher family as they live a simple life in very rural Alaska. They don’t have running water in some of their houses, and have to hunt and grow their own food. Oh yea, I forgot to mention that this is JEWEL’S FAMILY. I LOOOOOVE this show (gurgle gurgle)

END_OF_DOCUMENT_TOKEN_TO_BE_REPLACED

In the year 1989, something happened that would change my life forever. No, it wasn’t the birth of my twin sisters. It was the series premier of The Simpsons. The Simpsons has shaped my humor and personality to what it is today. I remember looking forward to Sunday nights to watch The Simpsons (especially to see the Halloween episode). When the series first came out, people were outraged at how… well outrageous The Simpsons was. As you look back at The Simpsons first seasons today, you have to wonder why people thought so ill of the series. I think the worst thing to come out of Bart’s mouth was, “Eat my shorts.” That was considered bad back then? On South Park, Cartman killed a boy’s family and fed them to him and that was in an episode from like 8 years ago.  I didn’t see anyone raise an eyebrow at that.

END_OF_DOCUMENT_TOKEN_TO_BE_REPLACED 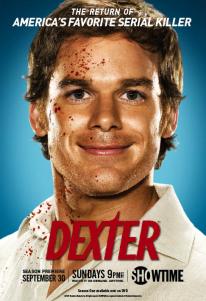 My personal fav is Jeffrey Dahmer... BUT DEXTER IS A CLOSE SECOND

5 or 6 years ago, I was super into Dexter.  Dexter was the Breaking Bad of Showtime.  It was fresh, smart and entertaining.  I waited with baited breath for the next episode, and I was dying for the next season.  Dexter though, has just entered its sixth season and is totally showing its age. END_OF_DOCUMENT_TOKEN_TO_BE_REPLACED