I definitely feel like Dino Bone has gotten neglected by me this year, and it makes me feel bad.  I’ve had my most productive work year ever, and considering that this is an unpaid hobby blog…  I tend to skew my life more to making that paper, and buying stuff I don’t need; like boomerangs and novelty plates.  Until a lonely sultan comes along and payrolls me six figures to be his personal movie reviewer, this might be how it is for the time being.

But I’ll try to make up for that a little today!  …By lumping three movies I’ve seen over the past two weekends into several crappy mini reviews…?  Oh wait, that’s what I’ve been doing that’s so neglectful to begin with.  Oops.

END_OF_DOCUMENT_TOKEN_TO_BE_REPLACED 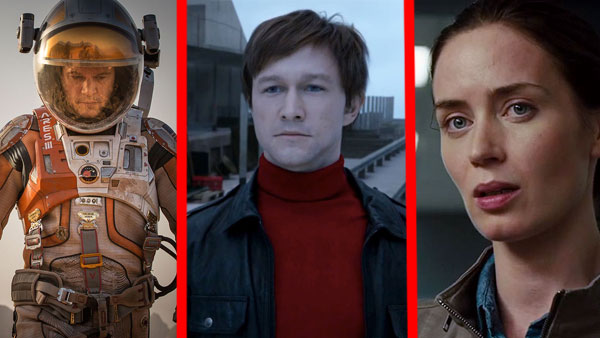 Man, this weekend was a gift from the gods compared to last weekend, when the hottest option available was that crappy Eli Roth rainforest movie.  I managed to check out three new movies on the big screen.  Considering most of you have more important things going on in your lives, I’ll compare the three movies for you right now, in hopes that you at least go see one of them.

END_OF_DOCUMENT_TOKEN_TO_BE_REPLACED 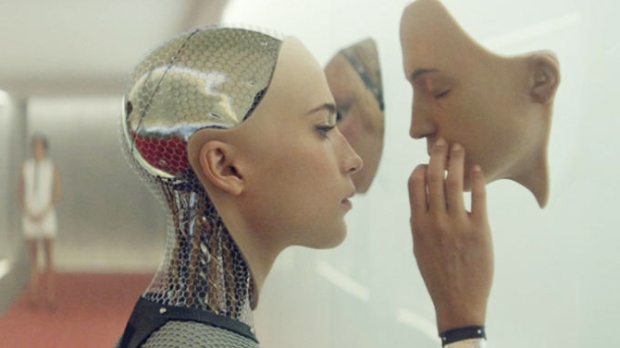 First of all, I don’t know how to pronounce the title of this movie.  When I was at the box office I debated whether to say Ex MACHINE-A, Ex Ma-CHEEEEN-A, or Ex MACH-ina…?   I kinda wanted to just say “the movie with the naked robot” to avoid embarrassment, but I didn’t want to risk getting a ticket to The Longest Ride or The Age of Adaline.  I’m sure those are swimming with naked robots, too.

END_OF_DOCUMENT_TOKEN_TO_BE_REPLACED

This is my mandatory opening sentence that appears in every Chappie review that says I loved District 9.  Next up is my obligatory follow-up sentence talking about how disappointed we all collectively were for Elysium.  And of course, the opening paragraph’s closing sentence which asks a hopeful question to the readers: “But will Chappie be a return to glory for Neill Blomkamp?”  I’m just following Chappie review guidelines here, people.

END_OF_DOCUMENT_TOKEN_TO_BE_REPLACED

This movie was kind of a giant question mark for me.  It did nothing but raise concerns in my head about what the hell I just watched.  I’ve taken the liberty of hiring a brain stenographer to transcribe my inner-thought conversation after I saw it.

END_OF_DOCUMENT_TOKEN_TO_BE_REPLACED

Happy Thanksgiving!  I hope you’re all thankful for the bountiful amount of leftovers this glorious day will provide you, so that by Sunday your family is still feasting on the remains of a three-day old turkey like a cast of sea crabs nibbling on a whale corpse that’s sunk to the bottom of the ocean.  Sorry, I watch a lot of nature shows.  I hope that was an appetizing thought for you.

Anyway, *I’m* thankful for streaming rental services, which have given me the convenient opportunity to check out some of the movies that I remember getting hyped up about earlier this year, and then never bothering to see in theaters for whatever reason and forgetting that they exist.  At the very least, I hope this post gives you something to pretend to read on your phone while your uncle and your grandpa argue about politics as you desperately wait for dinner to be ready at your mom’s house.  Oh god, grandpa is using racial slurs again…!  [sits in bathroom pretending to poop for 2 hours]

END_OF_DOCUMENT_TOKEN_TO_BE_REPLACED

Quick theater story before I get into the review…  I went to a 10 pm screening last night (the new midnight show I guess), and it was pretty full, and this group of five 20-something dorks were sitting in the same row as us on the other side.  The worst of them was irritatingly loud.  The kind of loud that before the trailers started everyone in the theater was just listening to him talk.  One of those annoying people whose range of volume varies from yelling to shouting.  Nothing but cynical dribble about what’s wrong with this comic book movie, or what he noticed about that TV show.  He had to make sure everyone heard him because his obnoxious opinions and dumb jokes were so important.  Once the trailers started, he began shouting over them because he had to compete with the volume of the screen now, you see.  When the first trailer ended, and he was still yammering on about something, his friend started joking “You’re so loud, man.  So loud!”  And some irritated bro about four rows behind us goes, “Yeah, he really is.”

Then for two more trailers he kept dork-shouting things, with every bit of silence filled with brief blips of annoyance, “WELL TWO CHARACTERS WERE” or “IN THE CARTOON HE WAS MORE OF” or “I’M PLANNING ON GOING TO”.  I consider myself to be a nerd (at least of the pop-culture variety), but this guy had me wanting to book him in the hallway and give him an atomic wedgie.  Finally, after the “put on your 3D glasses” message came up and the next trailer started, and he shouted *the* lamest joke possible: “THE LETTERS ARE COMING RIGHT AT ME!” That same irritated bro four rows back then shouted “If your friend doesn’t shut the f*** up, we’re gonna beat all of your asses in the parking lot!”  It was a gloriously deserved moment.  I, and many other people in the theater laughed out loud.  And the dork never said another word until the movie was over.  I don’t think I would have condoned them actually getting beat up over their friend being loud during the pre-movie and trailers, but if it *did* happen, I probably would have just shrugged and nodded approvingly.

I caught a glimpse of the magnificent beast as we were exiting the theater, when he went back to shouting references at his friends who were two feet away from him, “APOCALYPSE APPEARED AT THE END OF X-MEN: DAYS OF FUTURE PAST, THIS ENDING SCENE WAS”, and oh he was a sight to behold.  He must have been at least 6’7″, a curly, unkempt brown collection of near-afro-ish nerd curls, blank-yet-dopey face, and the creme de la creme; a My Little Pony t-shirt, which he chose to wear in public, unironically.  It was like a near perfect visualization of how I wanted him to look.  The only thing missing was the Cheeto fingers.

Well, now that I’ve wasted 500 words talking about some sad lummox, maybe I should move on to Guardians of the Galaxy, which actually made me feel incredibly happy?

END_OF_DOCUMENT_TOKEN_TO_BE_REPLACED

Seeing as though two somewhat similar new Scarlett Johansson science fiction projects came out this year within a few months of each other; one being Lucy, coming out this week, and the other being Under the Skin, which came out a few months ago but is now making its run on rental and streaming services, I thought I’d do everyone a service and hold a very important FAQ.  So you don’t get confused.

END_OF_DOCUMENT_TOKEN_TO_BE_REPLACED

The director of the new film America (currently at 11% on Rotten Tomatoes), the latest documentary from best-selling author/filmmaker/attention whore/republican guy Dinesh D’Souza, recently complained (and lawyered up) about how his movie was getting blatant lack of exposure, despite it being in over 1100 theaters in the country and is the first thing you see on basically any Fandango listing you look up.  Meanwhile, I had to drive to Country Club Hills to see Snowpiercer, as it was the only theater playing it in suburban Chicagoland.  If you’re not from around here, Country Club Hills sucks and their AMC smells like pee.  Snowpiercer only played in 250 American theaters and made almost half the money America did (that’s aside from the $80 million it made overseas), while basically receiving none of the American advertisements or bitching about lack of exposure.  I don’t know where I’m going with this, but I just read an article about how D’Souza thinks he’s getting the short end of the stick; meanwhile he has a documentary that’s playing in 1100 theaters and I had to drive an hour to downtown Chicago last year to see Blackfish, which is no doubt a better documentary without even having seen America.  I think I’m just trying to say “fuck that D’Souza guy”; I don’t even want this to be in a political context: nobody’s movie is important enough to publicly complain about how much *you* think everyone deserves to see *your* own movie.  Especially to the extent that he’s doing.  It’s a freakin’ movie.  I (and the rest of the country) had the option to see your film at basically every theater around us, and I (and the rest of the country) *chose* not to watch it, and I (personally) chose to sit in a urine soaked theater and watch a sci-fi action film about a futuristic train that, truth be told, probably created a better metaphor for a global society than your one-sided, self-appreciative, pandering documentary ever could.  AND it had axe fights.

END_OF_DOCUMENT_TOKEN_TO_BE_REPLACED

Premise:  Tom Cruise gets infused with a special ability to re-live the same day over and over again until he gets un-specialed (?), and slowly but surely figures out some strategies for success against an alien armada.  Sadly, he also has to take the same post-Chipotle diarrhea every morning at 7:52 AM.  There’s no avoiding it.  And he ordered extra extra hot sauce the night before.  It totally sucks for him.  Every time.